Yesterday I slashed 50% of run time from our applications functional test suite by modifying a single function. I had no idea that function was responsible for 50% of the run time until I started profiling.

Profiling a Python program is getting easier and easier:

runs our test runner (which is a Python script) under the profiler and stores the results in prof.data.

launches the RunSnakeRun profile viewer, which displays the results visually: 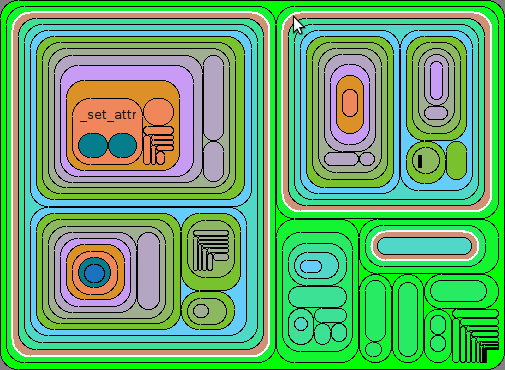 The square map display of RunSnakeRun, with the 'render_restructured_text' function highlighted.

Who knew that ReStructuredText rendering could be such a time waster? A short caching decorator and the test suite is twice as fast. The whole exercise took me less than an hour. I should've done it sooner.